We just released an update to Photo Ephemeris Web, version 3.3, which includes many new features and improvements for both free, Pro subscribers, and Skyfire customers.

We've reworked the map controls to provide a sleep new unifed map type selector at the left of the map. This eliminates the old clunky switch that was used to select between 'default' and Google maps - instead, you can go to one place to choose your preferred map style.

The same controls also allow you to select Skyfire forecasts or light pollution.

While we were at it, we took the opportunity to expand the map space slightly by trimming the fat on some margins and padding. As a result, the map is now 'full bleed' to the edges of the browser window, and also enjoys a few pixels more vertical space. 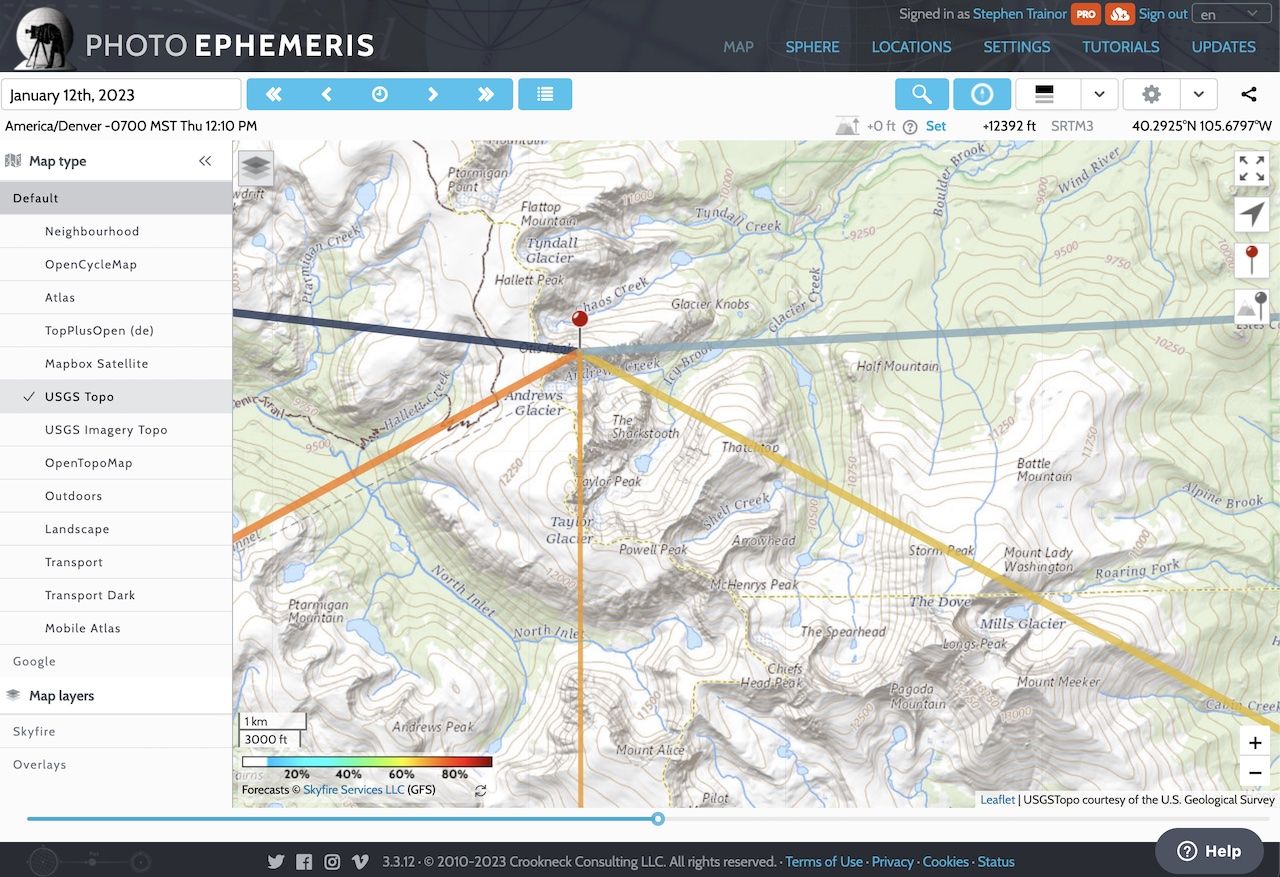 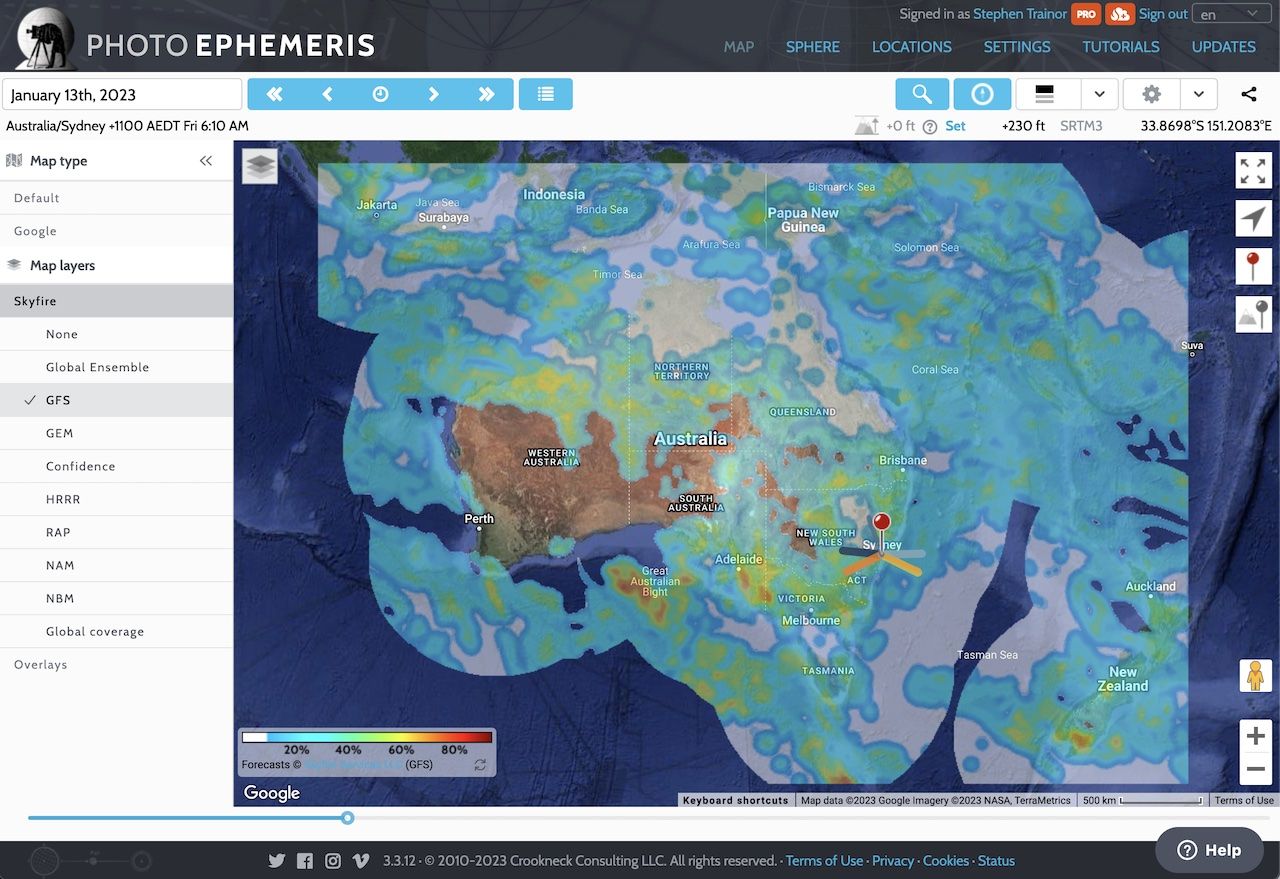 Alaska, Hawaii and Australia all now enjoy Skyfire coverage. Originally released on the beta site in December, these forecasts are now available in the production release. We're also working on adding this coverage to the Photo Ephemeris iOS app - we hope to have more news on that next month.

A free trial of Skyfire is available directly within the web app if you'd like to try it out. Click to view options.

As always, please get in touch with your feedback and suggestions!