I headed out to Rocky Mountain National Park on Monday evening for a long overdue photography shoot, in the hopes of catching a good view of comet Neowise.

I’ll admit I couldn’t face the prospect of a 3am start for the days when Neowise was appearing in the pre-dawn skies, and had instead decided to hold out until it was viewable in the evening. As soon as that milestone arrived, Colorado’s skies decided to cloud up for a uncharacteristically long spell (around a week). We were finally able to get a first glimpse of Neowise last Sunday out the back of our house, over the rooftops of Boulder.

The weather continued to cooperate for Monday, so we headed off to the darker skies of Rocky Mountain National Park at around 7:30pm. After a diversion for roadworks, we arrived up on Trail Ridge Road around 9pm. Trail Ridge Road is the highest elevation paved through road in North America - more than 12,000 feet above sea level - and is well worth a visit if you’re in Colorado.

We pulled up at the west end at the overlook just before the Alpine Visitor Center. There were plenty of other cars and around another half dozen photographers, but things grew quieter as darkness descended. The overlook has clear views to the north west - perfect for Neowise. Here’s the location and direction of view: 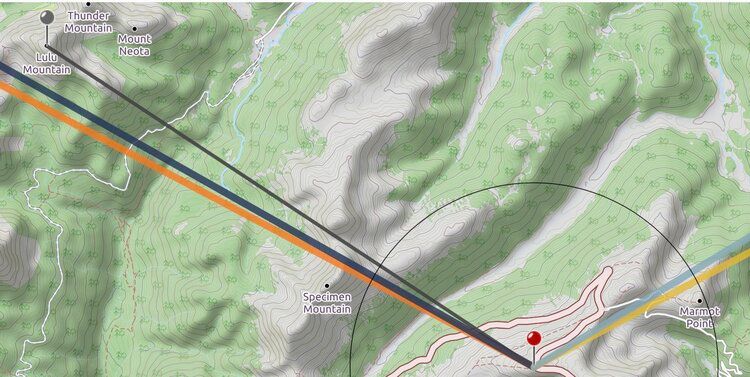 Our shooting location and direction of view towards the Never Summer Mountains, Link to Photo Ephemeris

You can get a sense of the view ahead of time using TPE 3D: 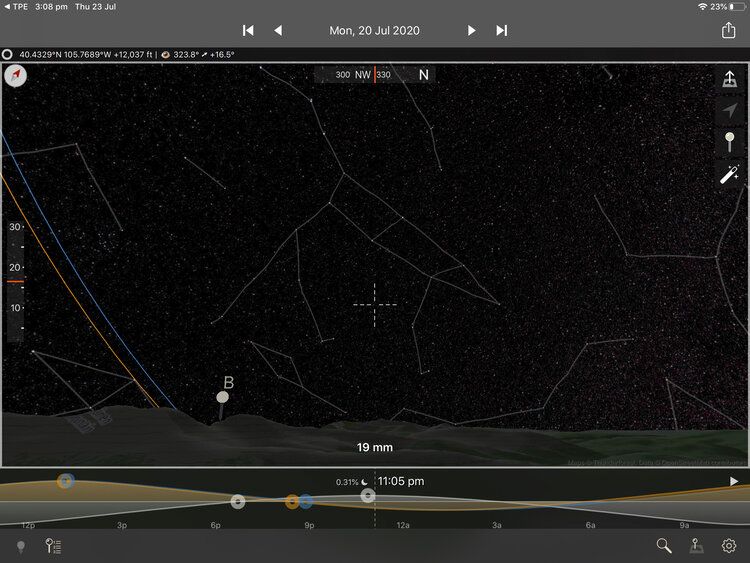 View from the overlook as seen in The Photographer’s Ephemeris 3D on iPad.

I took a quick refresher in night photography and comet shooting technique by reading Mathew Browne’s great tutorial on PetaPixel (you should also check out Mathew’s photo location start-up PhotoHound, which has a great guide to locations for the UK and beyond).

Here’s what I came back with from the shoot (click to view large): 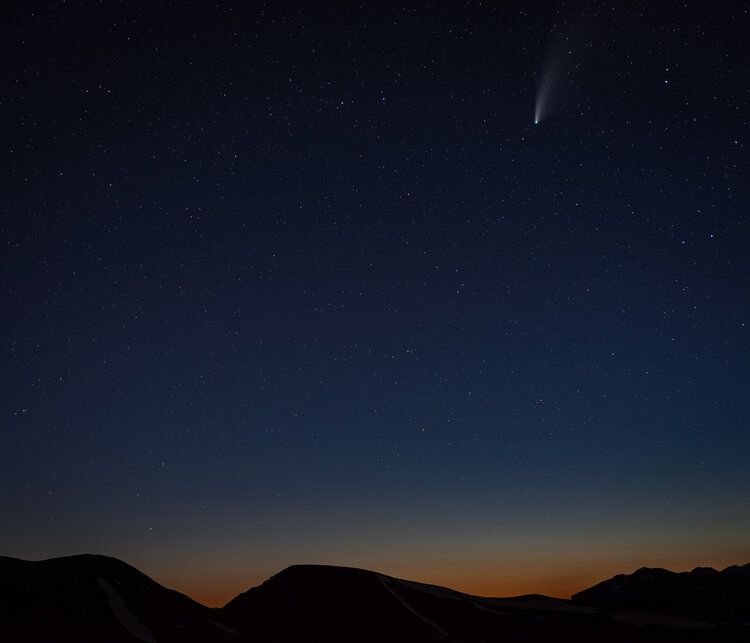 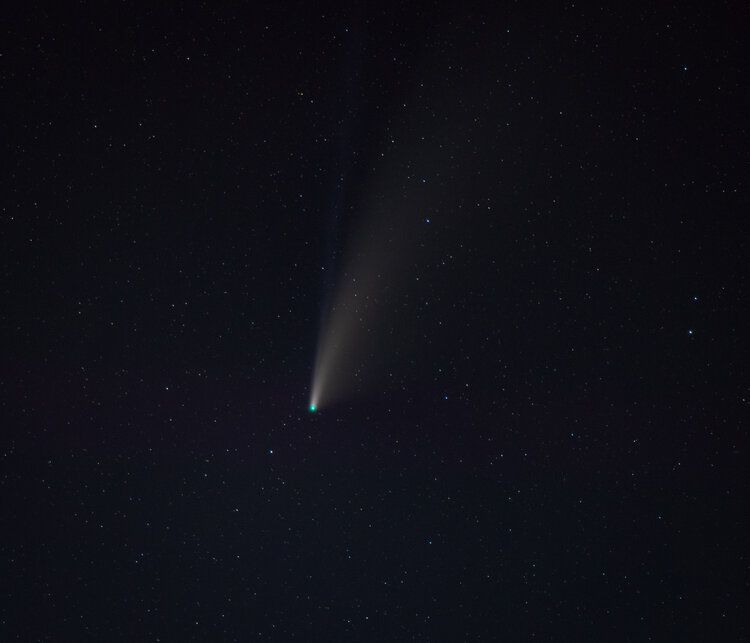 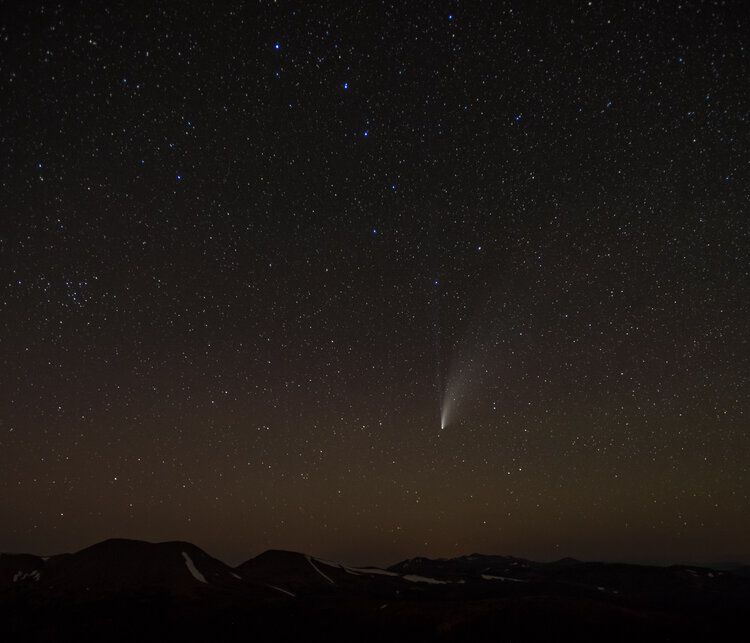 As you can see from the shot details, it’s a four way dance between focal length, exposure time, aperture and ISO. Focal length dictates shutter speed limits (to avoid streaking the stars). Aperture is typically limited by equipment - a faster lens is better (although I tend to avoid shooting wide open at f/1.4 on the 50mm). You’re then left with ISO to play with - keep it as low as you can allowing for the preceding factors, to minimize noise.

I think the wide angle shot is the most successful - this was taken after 11pm when the skies were about as dark as they get (you can still see some airglow and possibly a little light pollution). Thinking back to the total eclipse in 2017, the most memorable shots I saw were ones that included elements of the landscape that situated the event somewhere unique. Telephoto shots are great for seeing details, but they are necessarily more anonymous.

So, even though I didn’t have as special a landscape as Stonehenge, having Lulu and Thunder Mountains just visible on the horizon brings something extra to this shot. It’s also nice to see the Plough (Big Dipper) so clearly above Neowise.

Head out soon, if you’d still like to shoot Neowise. It made its closest approach to Earth yesterday, and is now heading off back to the outer reaches of the Solar System, fading as it goes.

Oh - and if you do plan to stack your images, you may want to take a few more exposures than I did - I only checked the detailed documentation after the event, and it seems it’s a case of the more, the merrier, typically 10+ per final shot for best results.