Landscape and outdoor photographers love to get off the well-trodden path and explore the more remote corners of the world.

Often, these places don’t have well-defined names. Or the named area covers many thousands of acres, such as a national park or wilderness area. Sometimes moving 10 feet to the left makes the difference between a haphazard snap and a great photograph. Having an easy way to communicate the right spot is a real benefit.

That’s why we’re delighted to add support for what3words to both IOS and Android versions of The Photographer’s Ephemeris in new updates rolling out today.

what3words provides a unique three word address for any location on earth. what3words has divided the entire world into 3m x 3m squares, assigning three random words to each square, that helps users define their location with an accuracy of just 10 feet.

It’s an easy and natural way to recall and record that perfect viewpoint you just scouted out for your next photography excursion. Typing in coordinates to six decimal places is hard work, but typing or speaking three words is a breeze. (And if you haven’t tried voice input (hit the speaker icon near the keyboard), that can make it even easier.)

what3words supports 40 different languages (with more on the way). If your preferred language is in the list, TPE will display what3words results in that language.

Use of what3words in TPE is optional - we think it helps take friction out of dealing with otherwise hard-to-specify, unnamed places. But, if you prefer to use coordinates, or name your own saved locations, of course that’s no problem! 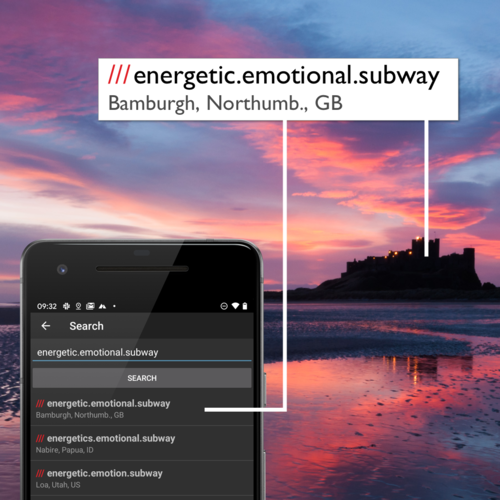 While we were in the middle of adding support for what3words, we took the opportunity to overhaul the location search pages in TPE for iOS. TPE for Android had a similar overhaul late last year with the 1.7.5 update, where we dropped in a new search UI and new backend search engines, and it was the turn of the iOS app this time around.

I’ve long had the nagging feeling that the Locations page in TPE had become a little too clever for its own good. From version 3.0 to 4.8, the Locations page had become something of a no go area: the code was getting too scary to want to meddle with lightly. This was a result of combining search and saved locations into one screen.

The original rationale was that it would be efficient for the user to be able to go to one place to search for new places and/or to filter their list of saved locations. However, the downsides were (i) functionality was harder to surface in the app - i.e. the app could do things that many users might never realise it could do because they were too compressed into a single UI and (ii) the support code was complex and had become rather inflexible.

So, with the 4.9 update, things have changed. Search is now separate from Saved Locations. And in turn, search is broken down into Address/Place Name Search and Coordinate Search. Some features might now be one more tap away than they were, but they’re much more obvious and the underlying code is much cleaner and more flexible. One of the benefits of this is that we’ve been able to add support for ‘reverse geocoding’ - finding addresses/places that correspond to a latitude/longitude coordinate - and to do that against multiple back-end geocoding services (including what3words, discussed above).

The new location search capabilities are discussed in depth in this new Help Center article.

We’ve also added reverse geocoding support to TPE for Android in the 1.7.6 update, also including what3words - this was an easy addition due to the updated search screens we put in place in 1.7.5. And for the geeks out there: it’s all written in Kotlin - so far proving to be an enjoyable developer experience. Infinitely more so than ghastly old Java ;) 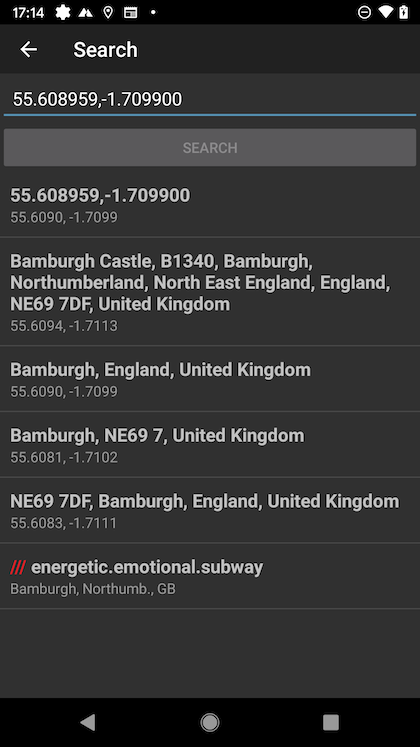 Let us know how you find the refreshed location search capabilities.